A Taste of Gourmet Sicily

A Taste of Gourmet Sicily

A 9-day tour of the highlights of Sicily.

A Taste of Sicily 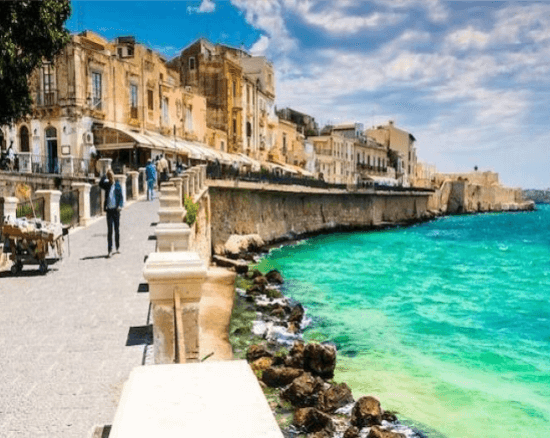 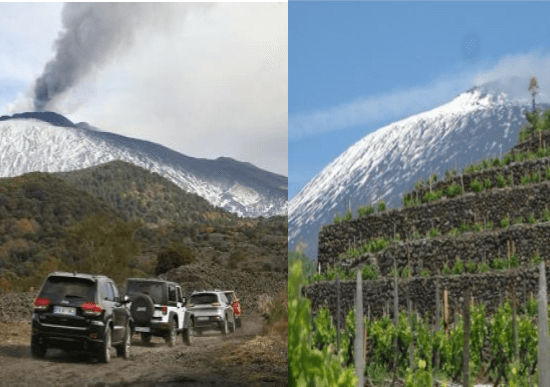 Arrive Palermo and Transfer to Hotel

Welcome to Palermo! At the airport, you will meet your private English-speaking driver who will accompany you to your centrally located hotel. Palermo is the regional capital of Sicily, which is the largest and most heavily populated island in the Mediterranean. The area has been under numerous dominators over the centuries, including Roman, Carthaginian, Byzantine, Greek, Arab, Norman, Swabian and Spanish masters. Due to this past, to the cultural exchange that for millennia has taken place in the area, the city is still an exotic mixture of many cultures. Many of the monuments still exist giving the city somewhat unique appearance and the old town of Palermo is one of the largest in Europe, full of references to the past. Palermo reflects the diverse history of the region in that the city contains many masterpieces from different periods, including romanesque, gothic, renaissance and baroque architecture as well as examples of modern art. The city also hosts its rich vegetation of palm trees, prickly pears, bananas, lemon trees and so on. The abundance of exotic species was also noticed by the world-famous German writer Goethe who in April 1787 visited the newly opened botanical gardens, describing them as "the most beautiful place on earth".
2

This morning you spend on a special walking tour of Palermo to sample Sicily’s best street food. Take a journey through the city’s gastronomic landscape, exploring the main food markets such as Vucciria Market and Mercato di Capo tasting different Sicilian treats along the way. On the 700-year-old Vucciria market, that lies in one of the most Arabic sections of the city, you find everything from designer clothes and handbags, household items, fresh produce, meats, and cheese. Il Capo has the feel of a traditional Arab souk where you can buy oriental spices, fresh fish, and exotic vegetables. Learn about Palermo’s top attractions and history on the go while you breathe in the unique ambience of this city. Round out your tour with some local sweet wine and a seasonal dessert such as Sicily’s famous cannoli (deep-fried pastry cylinders filled with sweetened ricotta cheese), or some gelato.
3

Today, after breakfast, a beautiful day awaits for you to discover one of the most beautiful Natural Reserve of Sicily. You will go to Trapani salt flats where you will also attend the collection of sea salt, still manually made by salt workers. The large heaps of salt are very choreographic and are found numerous along with the large tanks, during the harvest period you can also see many species of migratory birds, such as pink flamingos, herons and knights of Italy. The area of the reserve is very large and is managed by the WWF ITALIA, inside there is a Salt Museum, numerous ancient mills and a watchtower.
4

Transfer to Catania & Visit to Taormina

Today, after breakfast, you will meet your private English speaking driver who will accompany you to your next fabulous destination. During the transfer, you will stop to visit Taormina and its Greek-Roman Theater. Taormina, a beautiful medieval town renowned for its magnificent position above the sea that offers a famous view of Mount Etna! You will visit its fascinating Greek-Roman theatre, the ancient cathedral and Palazzo Corvaja. And then it's time to take a walk through the picturesque and typical medieval streets and shop and browse around the local craft practice (coral jewellery, precious lace, pottery, sweets and much more). Later you will reach your accommodation in Catania. It is an ancient port city on the eastern coast of Sicily. It is located at the foot of Mount Etna, an active volcano with paths that reach up to its summit. The city center is at Unesco World Heritage Site. You will have free time to explore; I recommend you to visit the "fish market", and then reach the spectacular Piazza del Duomo, with its splendid Cathedral and the "Liotru", the lava stone elephant and Piazza Università. Later you can walk approaches to the majestic Via Crociferi (Unesco World Heritage Site) with the famous Monastery of St. Benedict, made known by Verga’s novel “History of a Capinera”.
5

Today, after breakfast, you will meet your English speaking guide will take you to discover a walking food tour of Catania. After the proper presentation and the handing-out of the personal foodie's passports to all travelers, your guide will lead you to the fish market to for a tasty bite. In the market, your guide will unveil the little secrets of shopping for fish and other seasonal products. Your guide will share tips regarding recipes and restaurants, enriched by historical information to provide you with an easier understanding of local habits and culture. Your guide will then take you to the more elegant side of the city, will you might see the Via dei Crociferi or the Benedettini area. This tour will give you the most authentic overview of Catania and offer you intimate secrets of locals' daily life. You will stop at a syrup kiosk for refreshment and to take a break, before heading to the last sweet note of the tour: a dessert (dessert type depends on the season). After every sampling stop, you will receive a stamp on your foodie passport. Tour ends at Via Etnea (near Piazza Stesicoro) or at the easiest orientation point for you.
6

Today, after breakfast you will depart for Etna, the highest active volcano in Europe and UNESCO world heritage. You will reach the "Crateri Silvestri", small now inactive volcanic cones, surrounded by ancient lava flows. The view beyond the hundreds of secondary cones and craters of the mountain can extend throughout Sicily, the Aeolian Islands and Calabria. The show is unique! You will walk to the impressive “Monte Fontana” and our English-speaking guide will show you also the great variety of flora and fauna: plants and animals which populate our active volcano. While walking through ancient forests you will learn a lot about the vegetation and the wildlife of Mount Etna.
7

Today a beautiful tour of two enchanting Sicilian villages awaits. You will visit the Baroque city of Noto to admire the charm and architecture of this UNESCO-listed site. Pass the Cathedral of San Nicolò and other top attractions as your guide discusses the history behind the area. the island of Sicily, next to the Gulf of Syracuse beside the Ionian Sea. It was founded by Ancient Greek Corinthians and Teneans and became a very powerful city-state. In the modern day, the city is listed by UNESCO as a World Heritage Site along with the Necropolis of Pantalica. Your guide will take you to visit the historic center famous for a collection of ancient Greek antiquities, many of which can be found in Ortigia. And also, you will enjoy the views of the Archaeological Park of Neapolis, which is most of the most important ruins in Syracuse. Here you will have lunch in an excellent typical restaurant!
8

After breakfast, we suggest a visit to Acireale, visiting also its beautiful seaside villages: Santa Maria la Scala, Stazzo, Pozzillo, Capo Mulini. We also suggest the “Chiazzette” route, in the Timpa Nature Reserve; this area of great geological, landscape and natural interest, enhances the typically Mediterranean flora. You will be amazed by its colours: shiny blue tones of the sea and the intense black of volcanic rocks. In the afternoon, you can take a stroll along the charming Riviera dei Ciclopi; according to the legend, Polifemo threw rocks to Ulysses and today they still emerge on the sea, as majestic faraglioni. The tour goes to Aci Castello – an ancient fishing village and the most important town in the Riviera – or, alternatively, visit to Catania city centre. This UNESCO World Heritage site reveals lots of beauties: late Baroque architecture, made unique by the use of lava stone. Vestiges of the Roman Empire, elegant details of Norman buildings, when Catania was the capital of Regno delle due Sicilie during Aragonese kingdom.
9

After your breakfast check out and your personal driver will transfer you to the local airport in time to catch your onward flight. 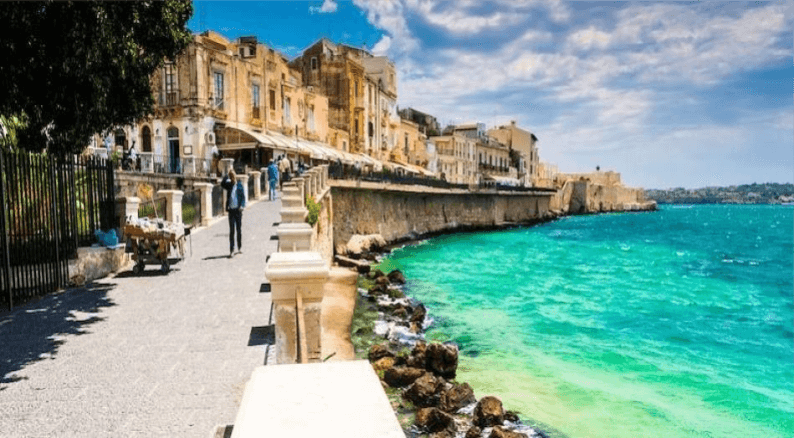 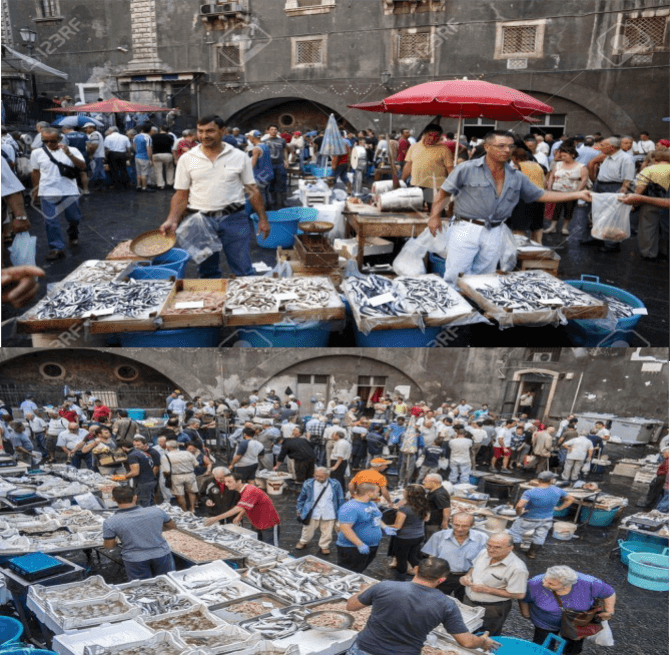 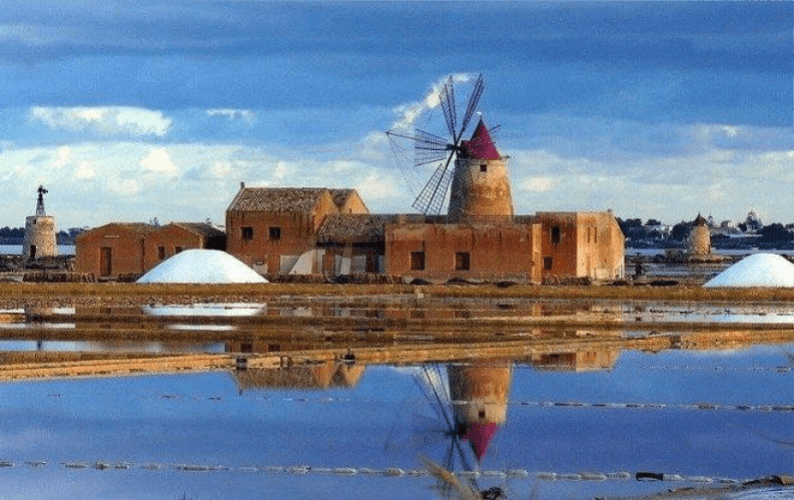 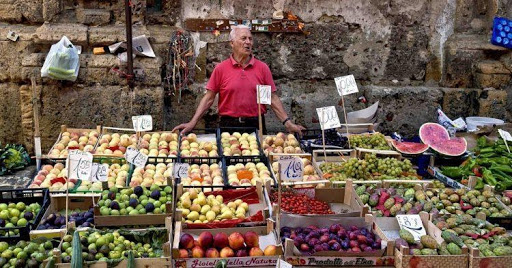 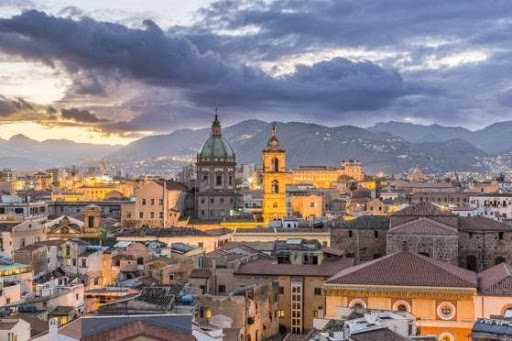