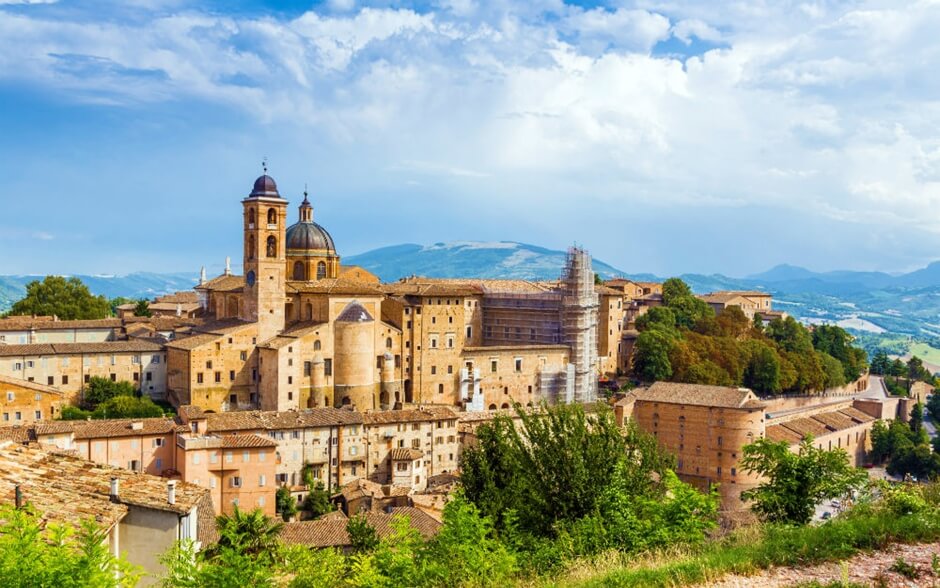 A road trip vacation in Italy is always a great time, but with so many culturally unique and exciting regions to explore (Tuscany, Umbria, Campania, and Calabria, just to name a few) it’s not always easy to experience the wide breadth of Italian culture and history in a single trip. That’s not the case with the Marche region though. Described by locals as “all of Italy in one province,” Marche is commonly compared to Tuscany as having all the same travel-worthy attributes, but without any of the tourists and higher-priced amenities.

Nestled between the confluence of the Adriatic sea and the base of the Apennine mountain range on central Italy’s east coast, the Marche region embodies all of Italy’s grandeur, from sun-soaked white sand beaches and stunning cliffside vistas to ancient hilltop hamlets and untouched mountain wilderness. To fully experience the majesty of Le Marche, a road trip along the coast and through the interior of the region is an absolute must. Though public transportation is available in some coastal parts of the region, it’s largely unreliable for travelers attempting to explore the entirety of Le Marche and all of its splendor. Fortunately, the Marche region is interconnected by a well-maintained and easy to navigate road system throughout all the coastal and interior areas – basically begging to driven on a road trip.

With such an abundance of exciting culture, history, and nature to be explored in Le Marche, we’ve compiled some sightseeing tips, destination recommendations, and general insights for travelers planning to rent a vehicle in Italy and tour the Marche region by car: 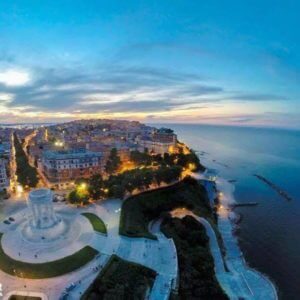 The Marche region capital city, Ancona – a major trading port with ferry access to Greece, Croatia, and Turkey – is a definite “must-see” destination when visiting the area. Though it’s medieval city center was mostly destroyed during World War II, many intriguing historic attractions still remain, most notably the Ancona Cathedral. This cathedral, built in 996 AD and completed in 1017 AD in a mixed Romanesque, Byzantine, and Gothic architectural styles, sits atop the Guasco hill overlooking the port. The Ancona Cathedral provides not only panoramic views of Ancona, but also sweeping views of coastal lands abutting the Adriatic Sea and the opportunity to freely explore the cathedral interior, crypts, and ancient Greek temple it was built upon. Elsewhere in Ancona numerous equally interesting attractions can be found, including the ancient Arch of Traiano, the Church of Santa Maria della Piazza, and of course the many idyllic white sand beaches adjacent to Mount Conero. 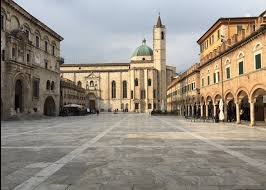 Once you’ve had your fill of the exciting attractions and relaxing beach vibes of Ancona, a short 25km drive inland to the ancient city of Ascoli Piceno is highly recommended. Founded several centuries before Rome, Ascoli Piceno embodies Italy’s historic provenance. The area boasts over 10 churches and convents, 50 medieval towers, and a large variety of intriguing structural wonders, ranging from ornate palaces to ancient necropolis, built between the 1st and 19th centuries in varying architectural styles.

One of the most notable historic attractions found in Ascoli Piceno is the Sant’Emidio all Grotte – a Baroque church built in 1721, with a travertine facade, built into a limestone cliffside. For a small donation, visitors can enjoy a tour of the church, convent, and surrounding grottoes.

Another highly worthwhile attraction to visit while touring Ascoli Piceno by car is the Giardino Botanico, a local botanical garden rich with rare species of flora and fauna, and the perfect destination for a tranquil afternoon stroll after a hearty Italian meal. 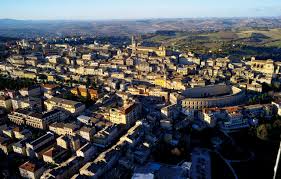 Located just north of Ascoli Piceno, around 90km by car, is Macerata – a definite “must-visit” destination on any Le Marche road trip. With a rich history dating back to pre-Roman times, the city of Macerata is full to the brim with historical exploratory opportunity, and is highly representative of the Marche region’s claim of being “all of Italy in one province.”

One particularly notable attraction in Macerata is the Macerata Cathedral – a Renaissance-era church with the remains of a 15th-century Gothic bell tower. The cathedral was designed by famed Italian architect, Cosimo Morelli, and in addition to his meticulously designed interior styling, numerous famous works of art can be found inside as well.

Elsewhere in the city numerous historically unique Palazzo’s can be toured, and multiple museums can be found featuring collections of 18th to 20th-century Italian art, historic documents relating to the unification of Italy, and a small smattering of modern art offerings. Fans of Opera should note that each year during the months of July and August, the city of Macerata hosts the Sferisterio Opera Festival, held in a 2,500 seat neoclassical arena built in the early 1820’s. 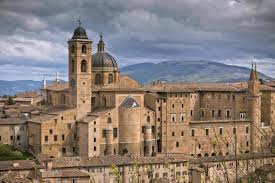 The Le Marche road trip concludes, coming full circle back to the Adriatic coast, in the city of Pesaro. Nestled against the Adriatic sea on one side, and held close on the other by mountainous foothills and the San Bartolo nature reserve. Not only does Pesaro embody the Marche region’s cultural and historic diversity, but also all of Italy’s many diverse landscapes and wilderness areas in one place.

Many exciting historical attractions can be found in Pesaro, including the 15th-century Ducal Palace, and impressively large castle, Rocca Costanza. Many interesting museums are located in Pesaro as well, including the Oliveriani Museum and Library dedicated to archaeological finds in the area as well as a Civic library, and the birthplace of Gioacchino Rossini – a museum dedicated to the famed classical composer’s life and work.

Of course, no trip to Pesaro would be complete without some outdoor adventures as well. Numerous idyllic white-sand beaches can be found on Pesaro’s Adriatic coastline, and the adjacent San Bartolo nature reserve park includes a scenic driving route offering panoramic views of the city, verdant wilderness, and sparkling ocean vistas.

Click Below to find out more about our exciting Italian vacations 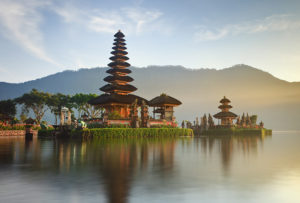